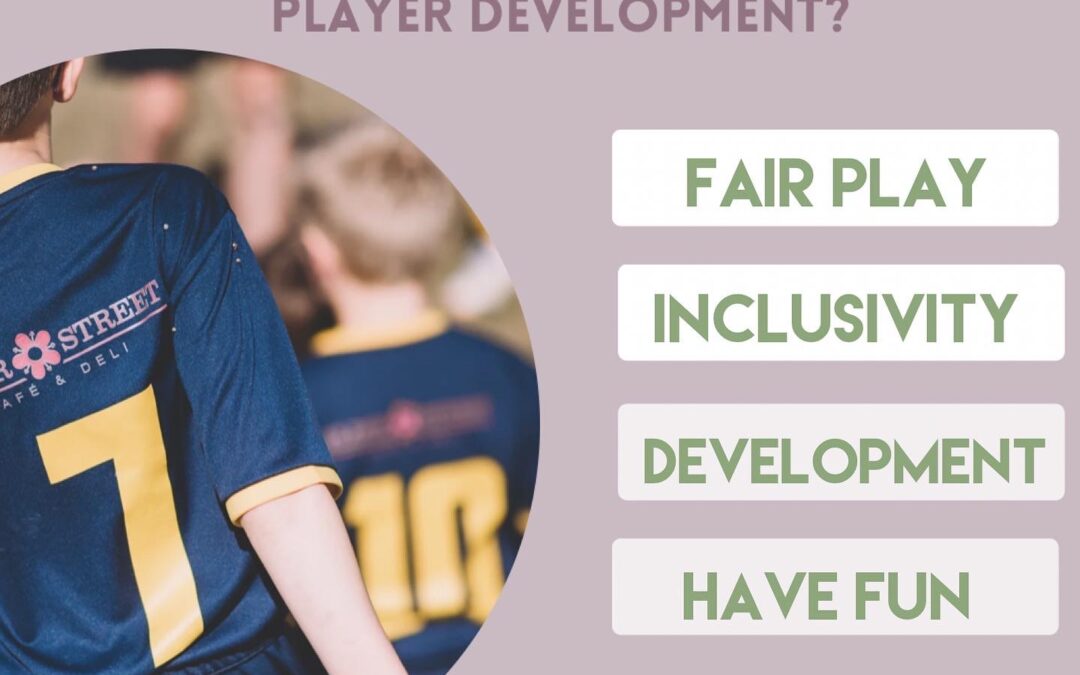 A couple of weeks ago, I was having a conversation with one of our coaches. She relayed to me a discussion she’d had with a new parent, who had told her that our inclusivity and ethos were the defining factors in her choosing our club for her son. It was an incredibly proud moment for me and the club.

Four years ago, we were just beginning the revival of youth football in Thaxted. The club’s youth provision had dwindled significantly and we were fielding just one remaining team. Then, somewhat unexpectedly, a group of parents approached Martin Tritton (now Club Chairman), about forming a new team for their children. It was the start of something far bigger and far more important than any of us could have imagined.

The new committee had very clear expectations about how the club would move forward. We were determined that our philosophy would be child-centred and focused on inclusivity and fair play. Martin, with his extensive coaching and mentoring experience, had once come across a coaching mantra by Ben Bartlett, “the best coach mentor” he says, that he ever met. Having struck a chord, it became the foundation of our club ethos.

At Thaxted Rangers, we will:

Number 3 is a bonus, of course. But on points 1 and 2, we were uncompromising.

As the club has grown (and it has done so at an exponential rate), one thing we have continued to emphasise is that coaching children is very different from elite sports. They are two separate entities entirely. In England, grassroots football doesn’t even become competitive until U12. In our opinion, the priority of youth football should never be solely about winning but about developing young players who love the game more than they love trophies. To do that you need to have a holistic approach that considers every child and their needs, you need to create a supportive training and match-day environment where children are not afraid to make mistakes, but instead, play with freedom and bravery, and without fear of experimenting.

The FA is also putting increasing focus on this concept. In 2018 they published their ‘12 Rules for Youth Football’ which encourages coaches to move away from directing play from the sidelines and instead promotes a line of questioning that encourages young players to think for themselves. There are also rules pertaining to equal play-time and an “all positions rule” affirming that children must be given regular experience playing in all positions, including goalkeeper.

These are all recommendations that make complete sense to us. Your less experienced players don’t get better sitting on the bench, while you field your strongest team. They develop by playing, participating, and by being allowed to take risks and learn. We don’t ever want children at our club to feel second best, so we don’t have A/B teams, and we don’t have subs-instead, we have “game-changers”. For us, the indicator of a good coach, and a good club, is that *ALL*of our children develop, have fun, and most importantly, keep wanting to come back.

The fact that we are about to form our 11th team in 4 years, with mixed teams that include girls and boys, and waiting lists for all age groups, is a true reflection of the commitment and success of our club. We place great importance on ensuring we have the right coaching teams in place because when children know you care about them, when you’re excited and enthusiastic, their experience is going to be one they remember and draw benefit from their whole life through. It isn’t always about technical knowledge, children learn far more from who you are and how you coach, than what you coach.

It certainly hasn’t always been an easy path, but we believe that we have forged a place for ourselves in the grassroots community as a home for opportunity, fairness, and patience; a place where children, whatever their ability or background can discover a lifelong love for the beautiful game. It is a place we are extremely proud of. As we close the 21/22 season and move into the next, we have more children registered at TRFC than at any point in its history.

To find out more about Thaxted Rangers and their approach to youth coaching, contact Martin Tritton, Chairman, at martintritton@hotmail.com.